Layers of the Earth

In Geography, the children have been learning about the layers of the Earth. What better way than to make edible models?! Once we found out information about each layer, the children used custard and food colouring to make each layer and then added biscuit for the crust. It was delicious!

As part of our Science topic, we looked at ways we can separate mixtures. We looked at filtering, sieving and evaporating. The children had a go at separating sand and water (a suspension), salt and water (a solution), paperclips with rice and raising in flour.

In maths, we have started our big unit of fractions. We began with a bit of a revisit. Each group was challenged with representing a given fraction in as many ways as they could. Once fraction representations were completed, the groups were tasked with guessing each others fractions.  Unique ideas were encouraged and the children did not disappoint!

This week, we have started our new writing unit with an experience day. We will be continuing the story of Kensuke's Kingdom from the end of chapter 1. Michael, his mum and Dad are about to embark on the journey of a lifetime. Dad has bought a boat, the family have completed their training and they are ready to leave with Stella Artois (their beloved dog). We spent our experience lesson thinking about all of the equipment they would need to to pack and then we thought about the feelings of each character. In groups, the children acted out freeze frames to show the emotions of the three main characters.

In year 5, we love our active maths lessons and I think that this was one of the best yet! We played two games this week to reinforce our learning of multiplying 2, 3 and 4-digit numbers by 1-digit numbers. We started off in teams and raced to collect 5 number cards to generate a multiplication to solve. This was a race to see how many multiplications could be solved in 12 minutes. The winning team managed 23 multiplications!

We have had a great start to 2022. The children have come back to school ready to learn and have been super! In English, we have started short burst writing and the children have amazed us with their independent ideas. In maths, we are starting to look at formal methods for multiplication and division. In Geography, we have started a new and exciting topic - Mountains, Volcanoes and Earthquakes and in Science, we have started learning about changes in the properties of materials. Our Science topic started with us planning an investigation which we will be observing over time. We are investigating ways in which we can prevent nails rusting. We have chosen different solutions to place nails into so that we can observe the changes over time. We have discussed how to keep it a fair test and will keep you updated on our results!

Christmas is always a busy yet fun time of the year at Elm Tree! We were treated to a trip to the cinema to see 'Encanto' which was AMAZING! Having the whole cinema screen to ourselves was brilliant. The children worked hard on our Christmas performance and despite all of the Christmas Chaos, they still managed to work incredibly hard on our school work - even dressed as Elves on some days!

To celebrate a successful term, year 5 had a Christmas party. The party games included: pin the nose on the reindeer, musical statues and constructing an igloo out of marshmallows and spaghetti. 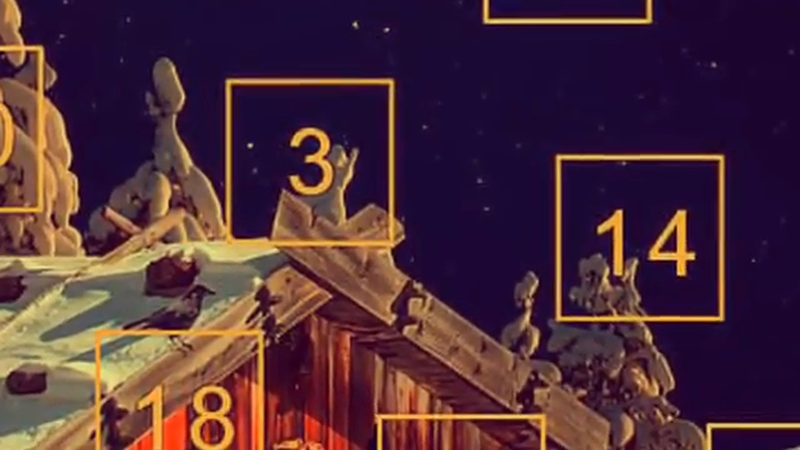 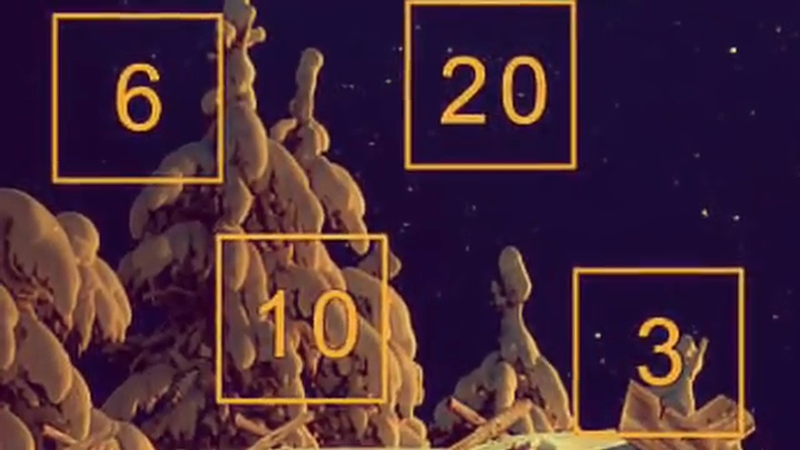 We loved seeing all of the children dressed up as Elves today. Our Active maths lesson in 5JH was like an elf workshop joining accurately measured rectangles together to work out the perimeter of compound shapes.

For Children In Need we learnt about the history of Children In Need. We were very lucky to have a visit from Pudsey bear himself. Did you know Pudsey is named after a town in West Yorkshire? Children completed a code breaker activity using their mental maths.

To commemorate the lives of the soldiers during World War One, year five created poppy wreaths. These were made from tissue paper, black card and paper plates. These are now on display in the corridor opposite the school library.

We have started our writing for Mount Everest and have had another stop to gather more information in order to keep our non-chronological report filled with facts. This week, we has a go at some trigonometry! Mountains are sometimes measured using a theodolite (an instrument used to measure angles). We made something similar called an inclinometer to try and measure the height of objects in our classroom. 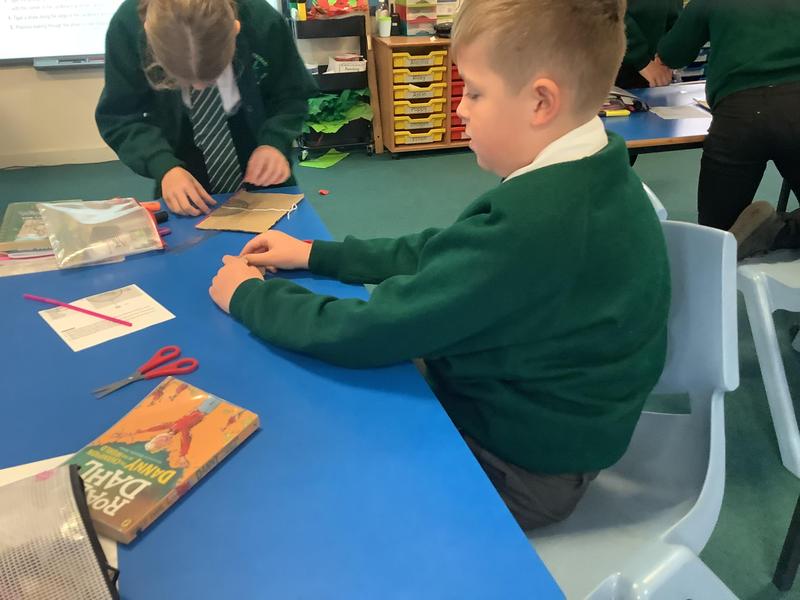 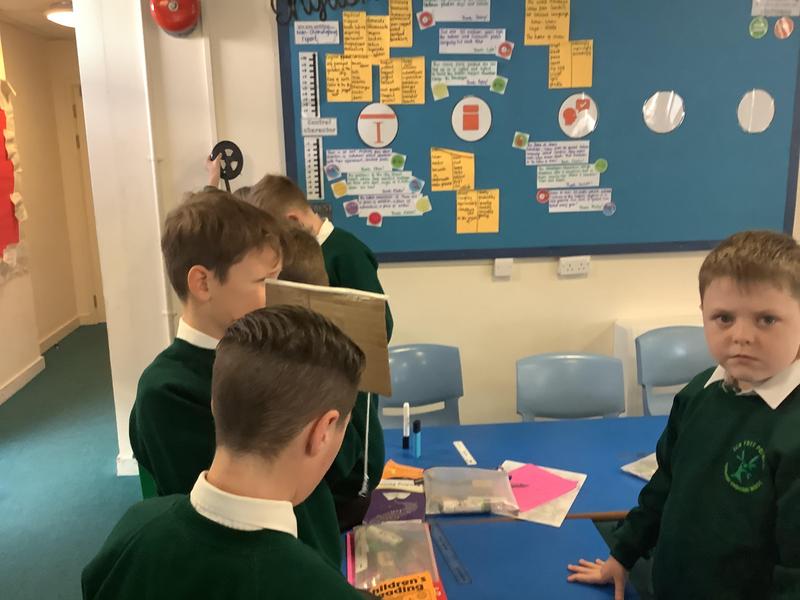 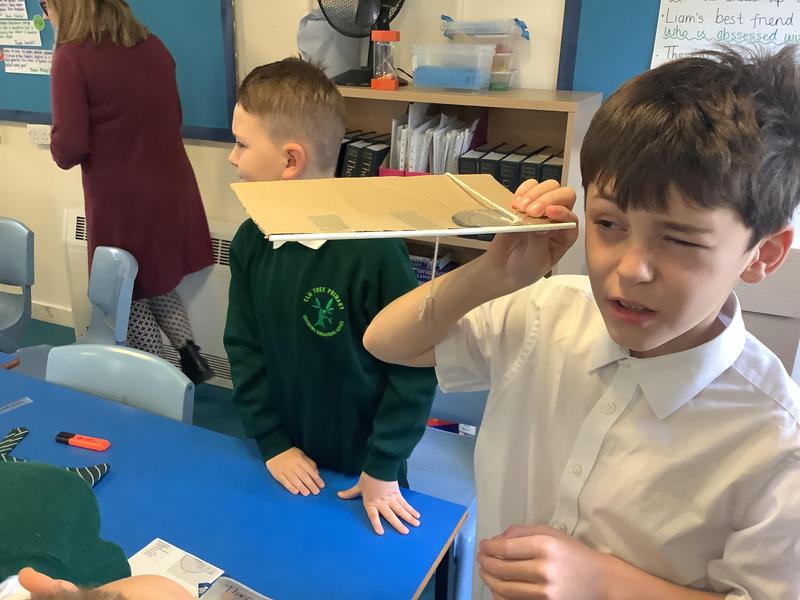 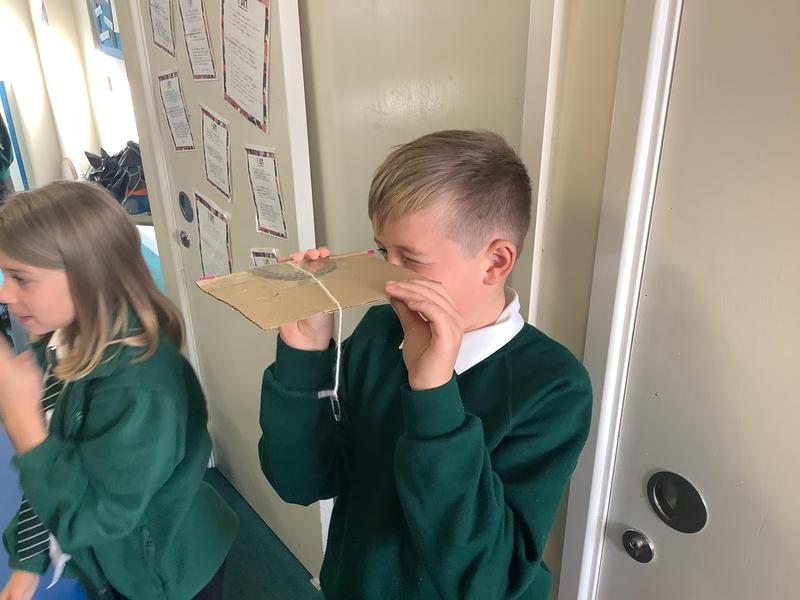 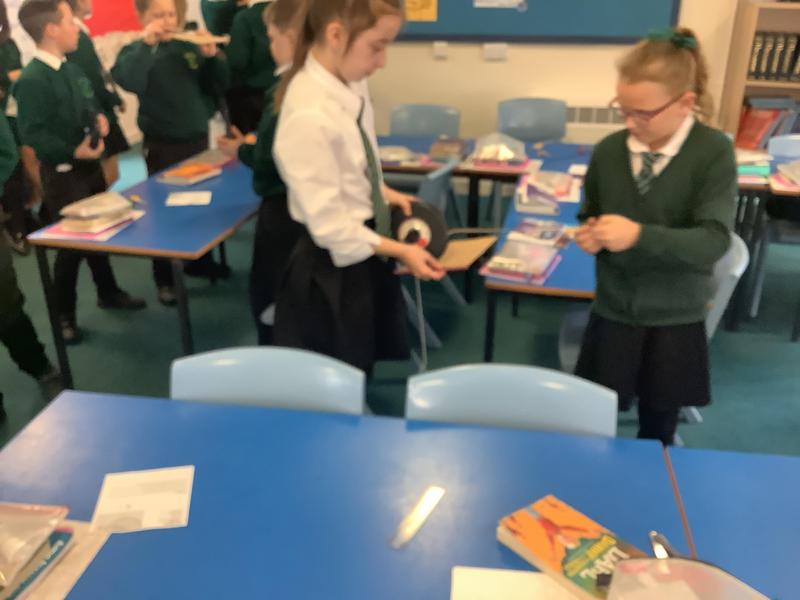 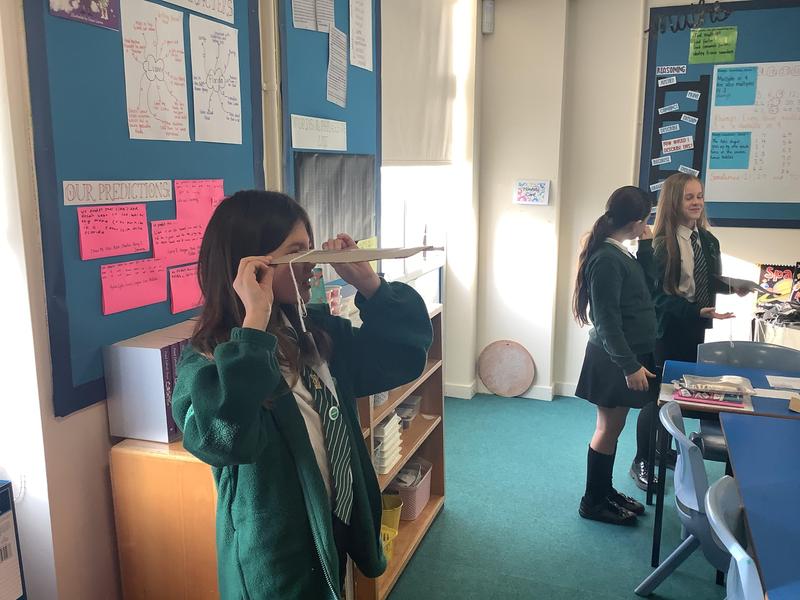 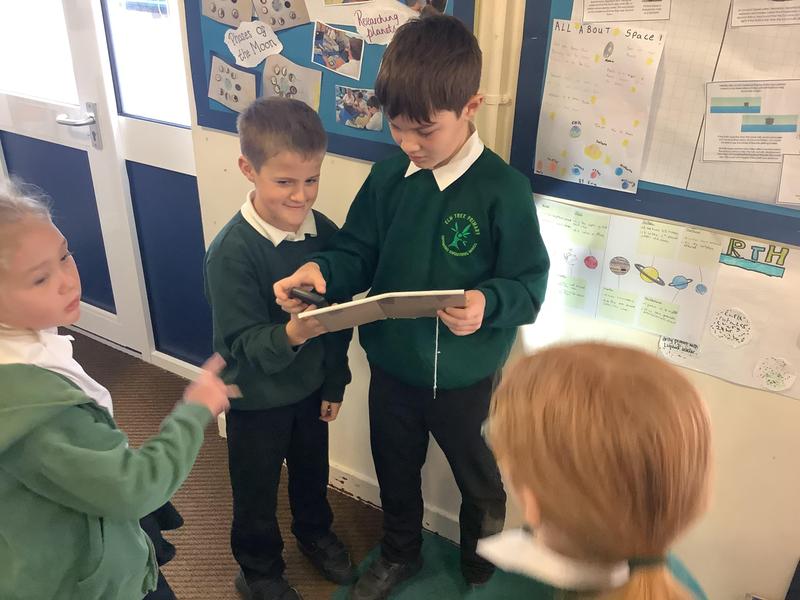 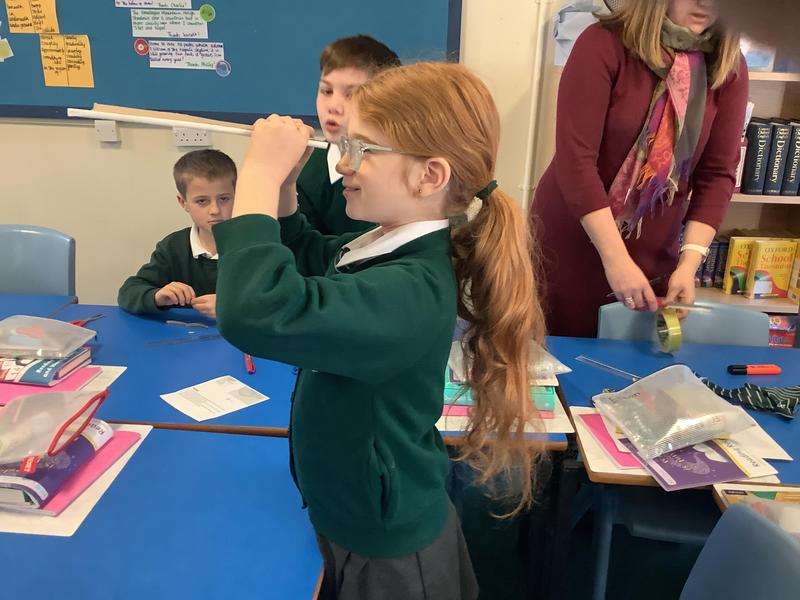 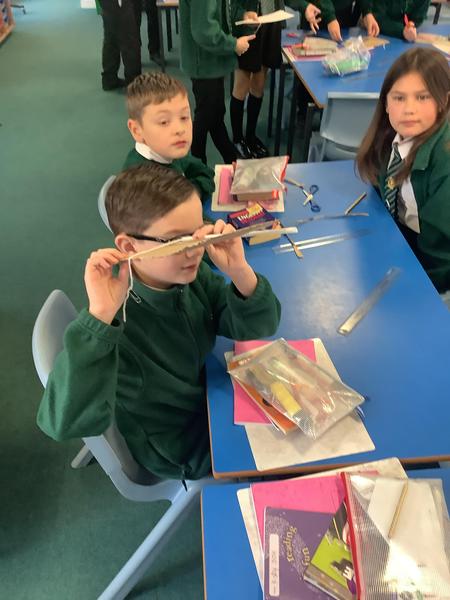 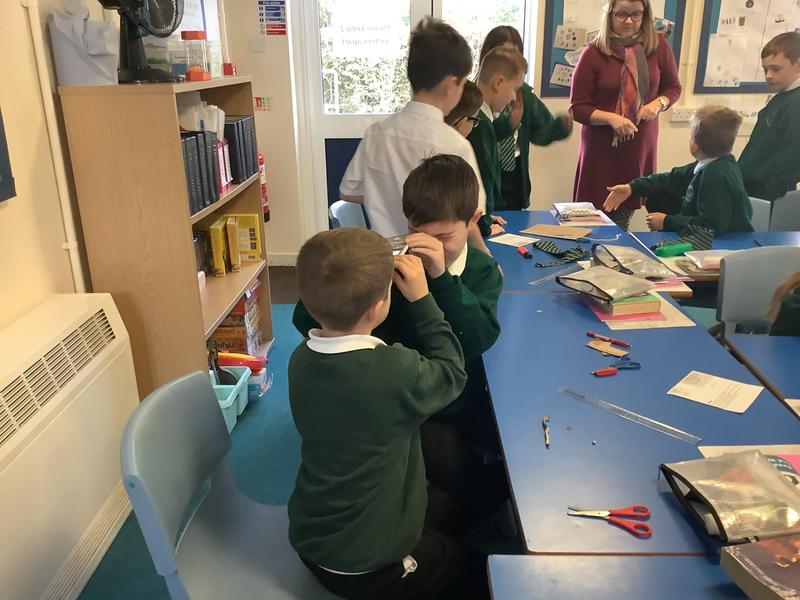 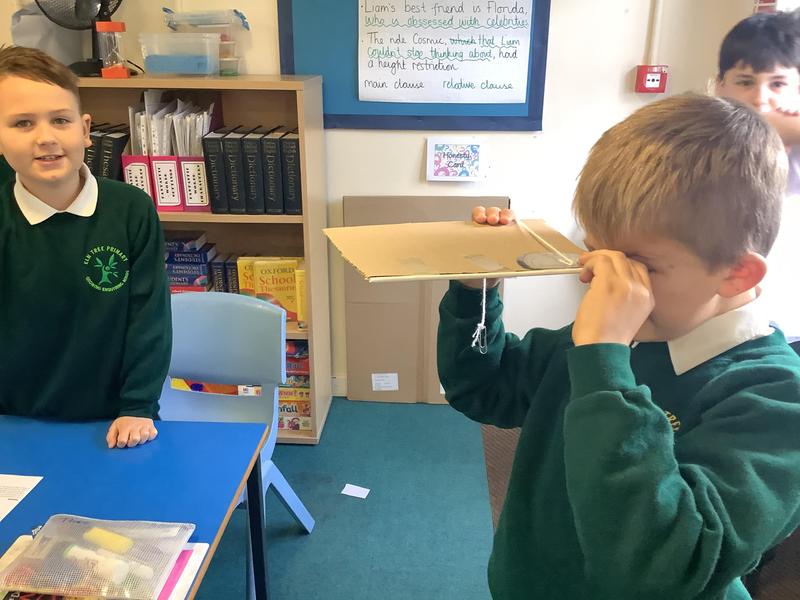 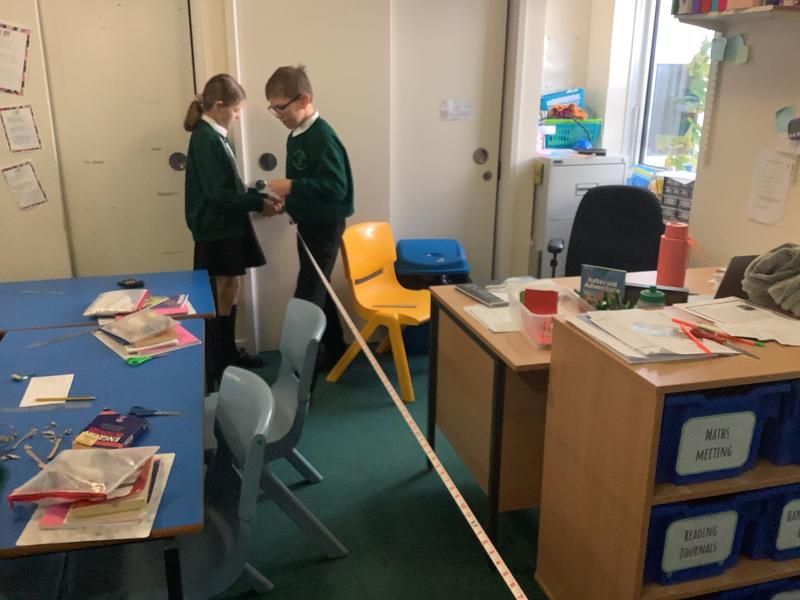 We are beginning our new unit of writing with some sentence stacking about Mount Everest. The children have worked hard to find the shape of a non-chronological report and will now be working to create their own. To begin the unit, the children came in from breaktime to find someone had set up camp in the classroom and they had to work out the type of person who might have done it and where they might have been camping. Children then interviewed a climber (who looked suspiciously like Mrs Branch) about their experience reaching the summit. This was a great opportunity for gathering vocabulary - both technical and descriptive!

We have started our new Science topic this half term - forces. It follows on from learning all about gravity as part of our Space topic. We know that Gravity is a pulling force and is the reason why our feet stay on the ground but air resistance can sometimes work against this. Air resistance is a pushing force and is the reason you feel your t-shirt ripple when you are riding your bike and the reason that we are able to safely parachute from a great height. To investigate the effects of air resistance, we first made a parachute and timed how long it took to fall to the ground. Once we had collected this data, we started to think about ways we could change it to either make it fall faster or slower. Each group then chose one independent variable to change and tested their new parachute. We made sure to keep everything else the same in order to make it a fair test.

This week in Maths we have been continuing to interpret line graphs and tables.

In Enquiry this term, we are learning about Forces. This week we have researched Isaac Newton and created a fact file about his contribution to society through his discovery of gravity.

This term 5LN have started swimming.

5LN were presented with a bolognese recipe. They were asked to make an alternative healthier recipe. They taste tested two different sauces and checked their nutritional value labels. The students used the laptops to research healthy ingredients in a bolognese. In groups they designed a new healthy recipe.

With the new recipe and method, the students cooked the healthy bolognese. They really enjoyed eating their work!

Phases of the Moon

In Enquiry, we are learning about Space. We have spent some time looking at the order of the planets and the way that they orbit the sun. Did you know that Saturn has 82 moons?!

After we were confident with the order of the planets, we moved onto the moon. We have learned that Earth has its own Moon. The orbit of our moon and it's position in relation to the Sun makes the Moon look different each night. In small teams, we worked together to recreate the phases of the Moon using Oreos.

We have continued to work on place value in maths this week and have been looking at numbers up to 9-digits long! We have used place value families to help us with reading, writing, ordering and comparing numbers. The children have also worked really hard on rounding to the nearest 10, 100 and 1000. This has been a challenge but we had a go at a variety of active activities and games today to help us consolidate our knowledge!

We have had an amazing start to Year 5! The children have been working hard in maths looking at place value. We have started our class reader 'Cosmic' about an 12 year-old boy, Liam, who is often mistaken for an adult. He ends up space but we haven't found out how yet. In English, we are going to be writing about an adventure Liam and his friend Florida Kirby.

In Enquiry, we have started looking about Space. Each group has become an 'expert' on one of the planets in our solar system and created a poster to educate others in the class.

5JH have had their first swimming lesson and have been an astounding representation of Elm Tree with their amazing behaviour!