In year 4, we spent the day learning all about Buddhism. We began the day reading the story of Buddha and had a challenge to summarise it in 30 words or less. Some children made the decision to challenge themselves further and went for 20 words or less! Once the story was summarised and the vocabulary debugged, we worked in small groups to act out the story.

After this, we began to research the beliefs of Buddhists using a range of texts as sources of information. The children worked in groups to pull out the key pieces of information and present them on a poster.

The children have been successful in adapting a recipe for their biscuits. They were given a budget of £1.99 to create their final biscuit including the packaging and use of facilities (building hire, electricity etc.). The children followed and wrote up their recipes successfully before writing a pitch about their journey to create a fabulous biscuit. Once the pitches were ready, they were presented to Mrs Halliday for judging. The results are to be announced in this week's assembly but every child has made us incredibly proud with their team work as well as their presentation, design and baking skills! 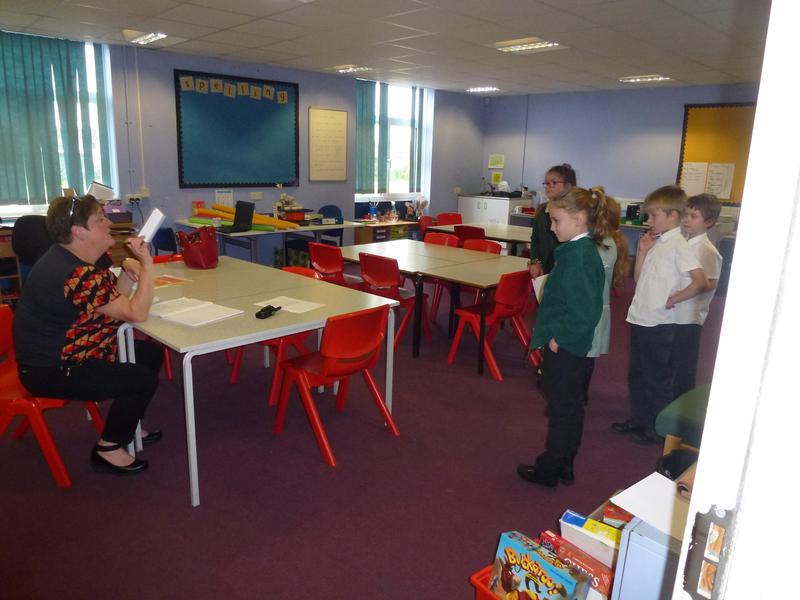 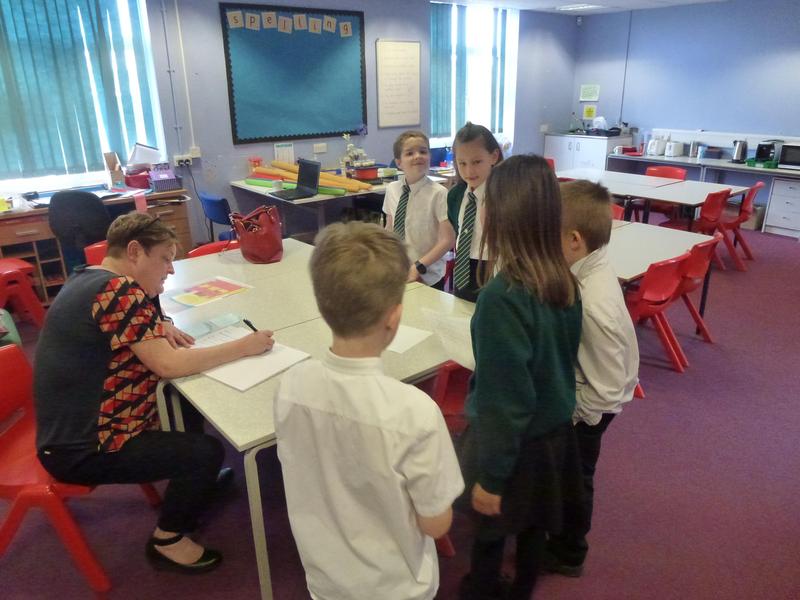 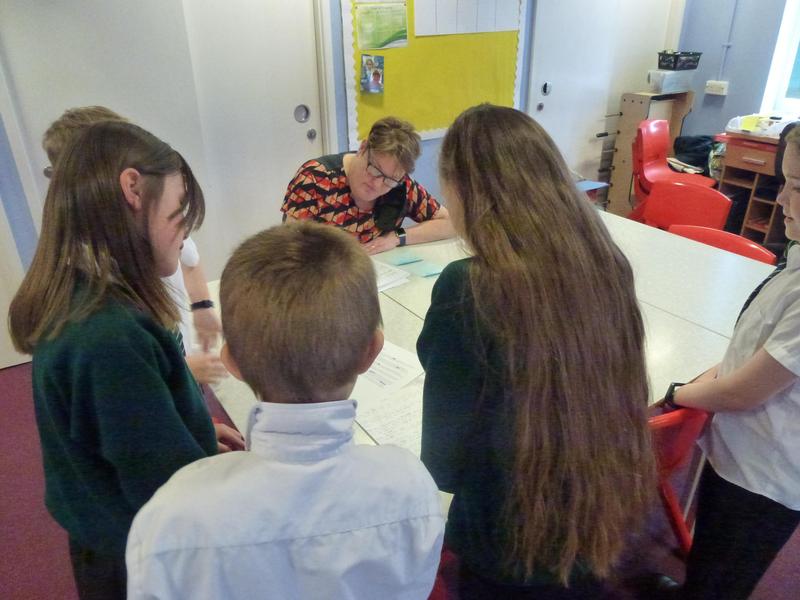 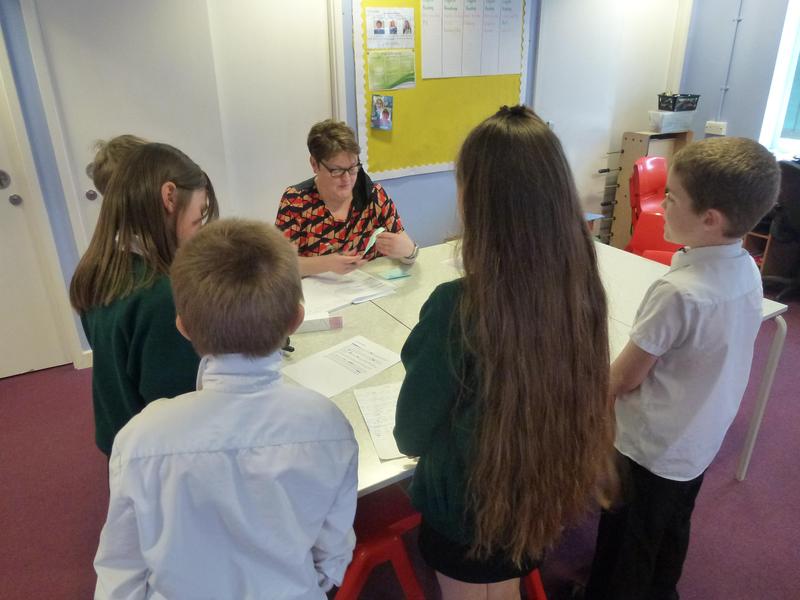 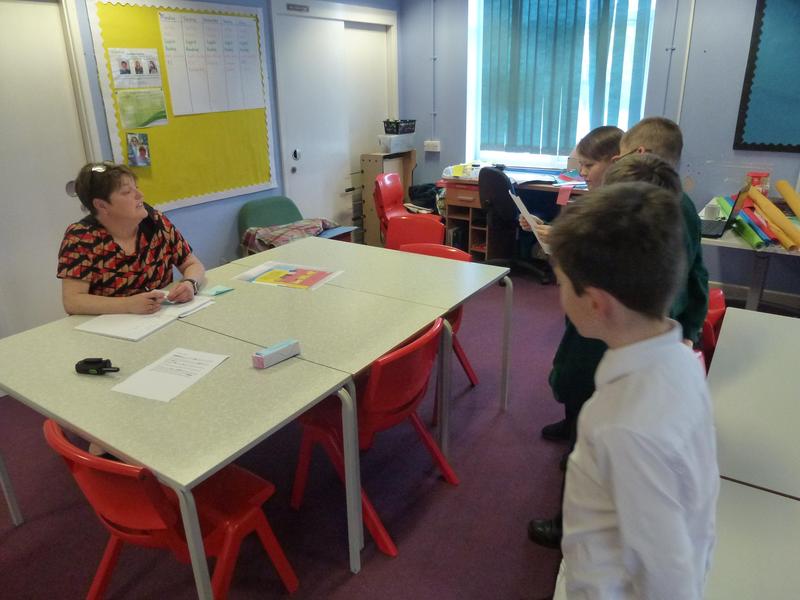 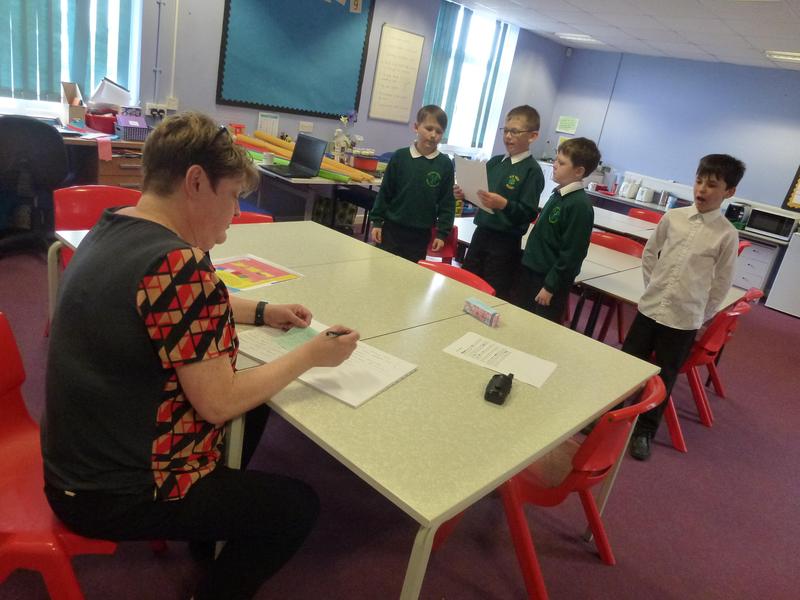 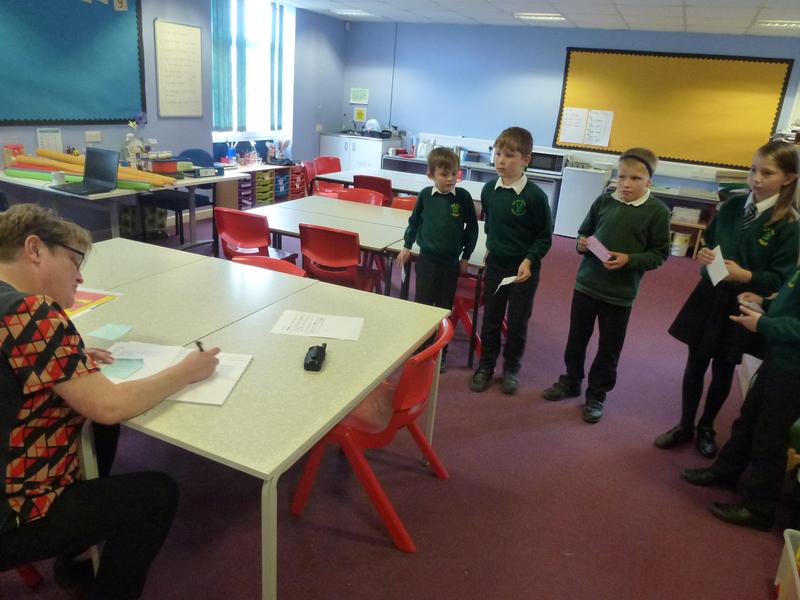 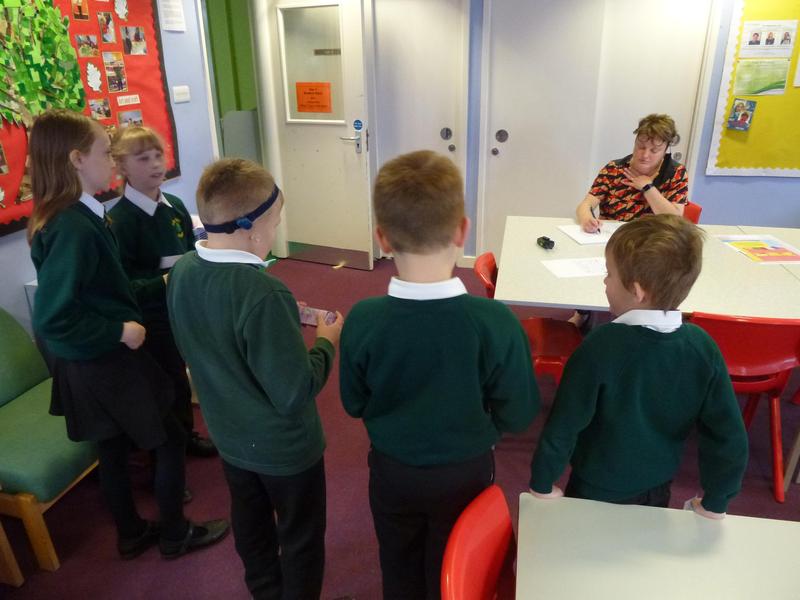 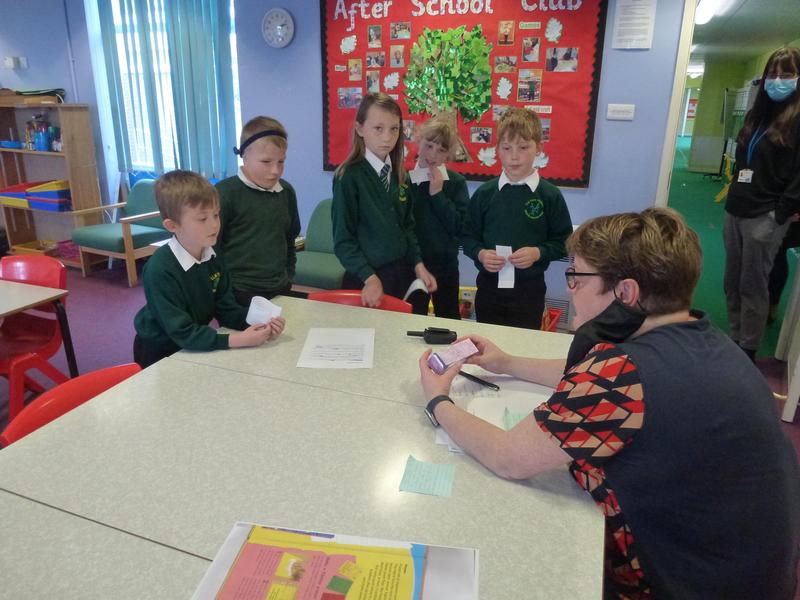 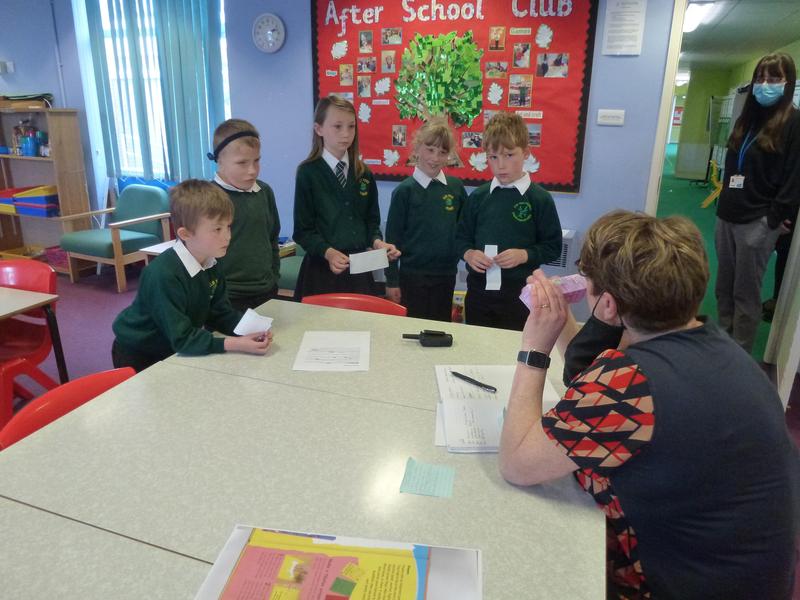 Max and the Millions

This week, we have started our new novel; Max and the Millions by Ross Montgomery. We are only around 4 chapters in but it is good so far. So far it's a little bit of a mystery as Mr Darrow (the caretaker at St Goliath's Boarding School) has disappeared and it sounds like Max might know what to do. Max is the only deaf student at his school and Mr Darrow is his only friend. Watch the video below to hear Ross Montgomery talking more about his book.

Year 4 have started our DT project for this half term and it's a delicious one. The children are working on adapting a recipe. The challenge is to design and make a biscuit and packaging whilst sticking to a budget. It has been an exciting start to this project with a whole DT day. This day was spent researching different types of biscuits that are available and then following a recipe to create a basic biscuit recipe. Once our basic biscuits were completed, we tested different ingredients that we would like to include in our biscuits whilst thinking of our target audience. Next step - budgeting and designing packaging. Watch this space!

Our Science topic this half term is sound and the children have been working INCREDIBLY hard on learning the parts of our ears and how sound travels from the source to our ear then how our brains are able to translate it into sound. After becoming experts on how sound travels and how we hear, they had a go at investigating the sound-proofing properties of different materials by filling 'ear muffs' with different materials. Air, bubble wrap, wool (socks), plastic bags and a second cup were all tested and some of the results surprised us.

After working really hard on using formal methods of multiplication, we worked in pairs to complete a multiplication trail. This was part of our Active Maths lessons. The children were all successful in working through the trail although some of the questions were difficult to find! 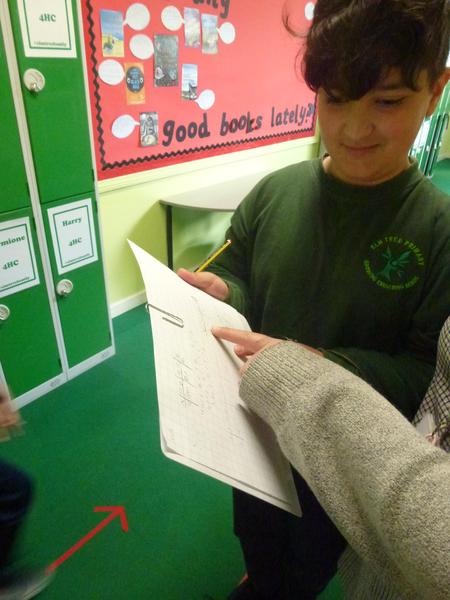 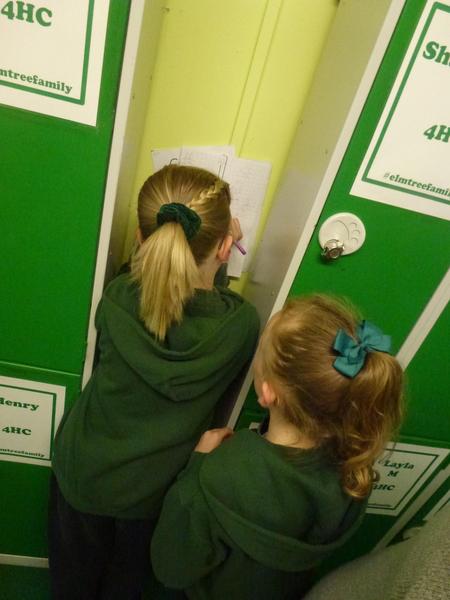 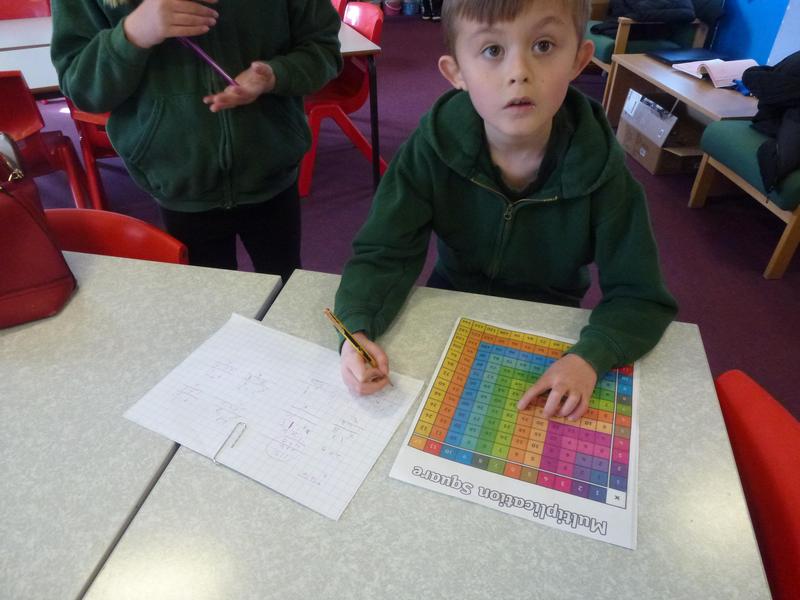 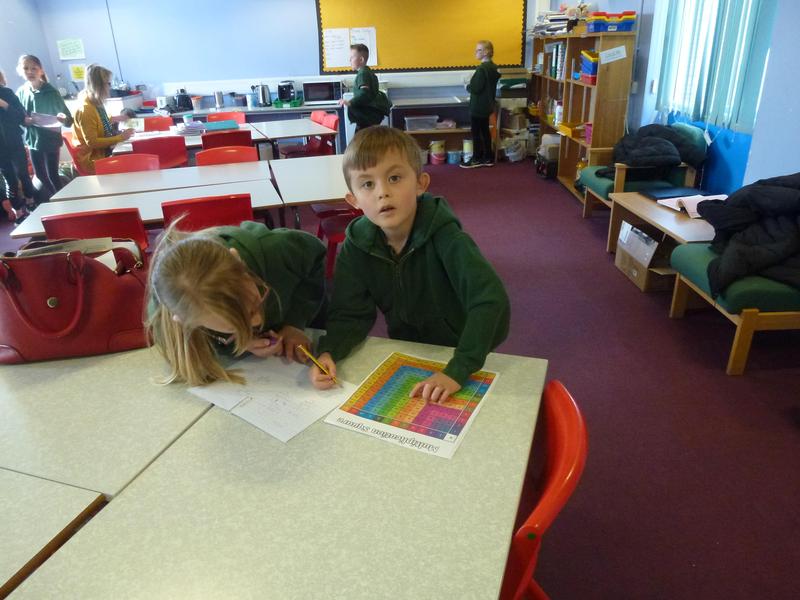 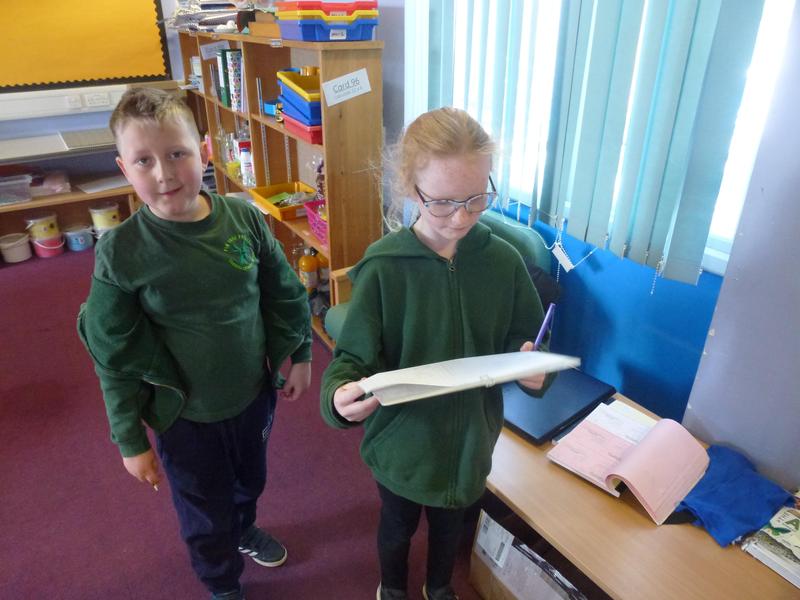 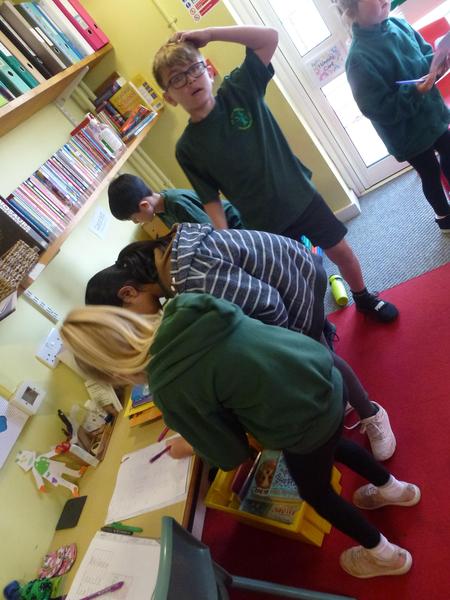 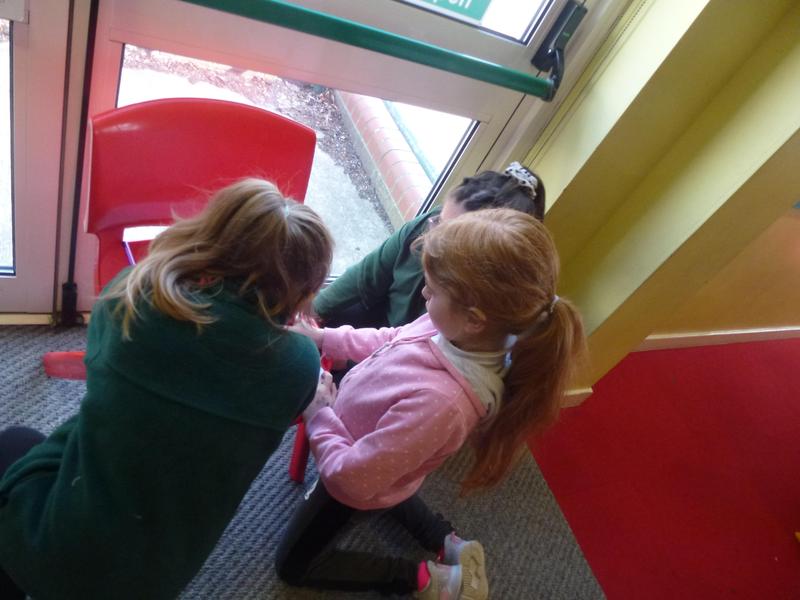 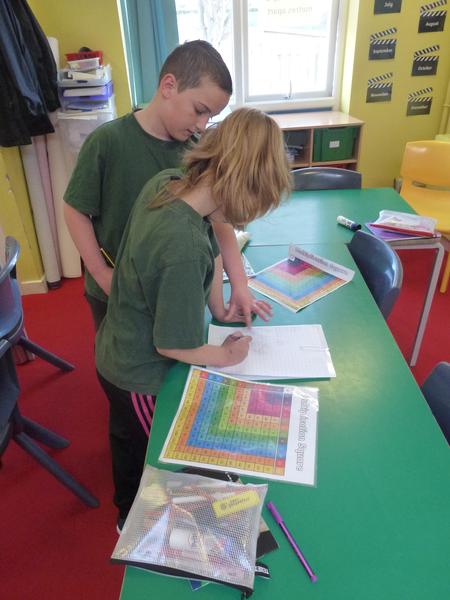 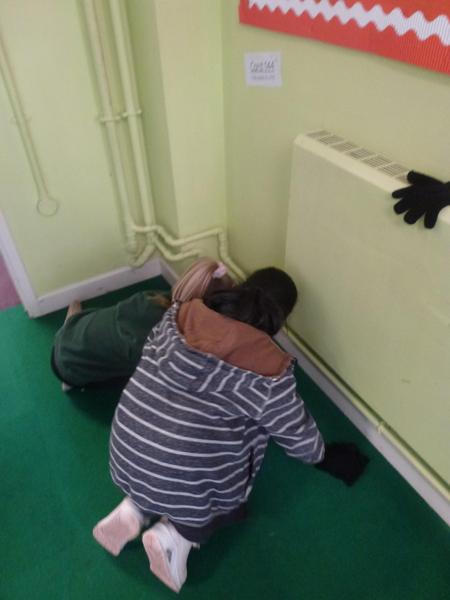 For Comic Relief, we brought in our favourite joke to tell each other. Here are some of the jokes shared:

What do you call a white bear at the North Pole? A Polar Brrr (Alife)

How does the penguin stick with his friends? Ice phone (Cam)

Why do we tell actors to break a leg? Because every play has a cast (Jonathan)

What is a pirate's favourite lesson? Arrrrt (Leah)

What music is a bubble afraid of? Pop music (Millie)

How do you make an octopus laugh? By giving it ten tickles (Faith)

We even had a rap written for Comic Relief:

Yo yo yo it's red nose day. Lets celebrate, lets donate. It doesn't matter how much you give, you're giving someone a chance to live. Helping the homeless find a way, come on everybody let's make their day. It's Red Nose day let's make some money. Let's jump and shout. Let's get funny! (Paris)

It has been so lovely to all be back in school together again and what an amazing first week back! The children have worked really hard in all subjects and have made us all really proud. We are starting a new text in English - a poem called 'The River' by Valerie Bloom. We have started a new, short Science topic 'Biomes' and the children have been working to become an expert on their given biome ready to teach the rest of the class. In Art, we have had a go at sculpting and designed and created a sculpture using a bar of soap. It was challenging at first but the results were amazing!

In Art, we have been thinking about our observational skills. Children looked at 'My parents' by David Hockney and described it in detail to a partner thinking about shape, texture, tones and patterns. They then recreated the picture. Take a look at the brilliant recreations! 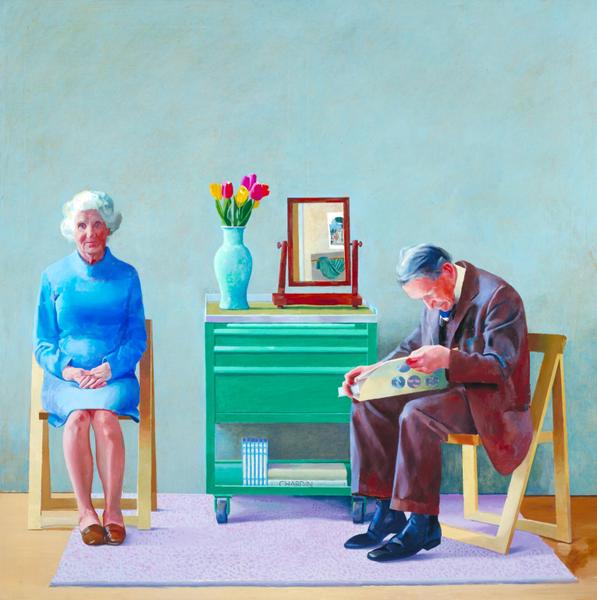 Don't Get in a State!

Our science topic has been based on States of matter. We began the topic in school and worked together in small groups to model the particles in solids, liquids and gases. We then sorted a range of objects into their states of matter. We then had a go at planning and carrying out our own investigation based around melting. In school, we thought about chocolate and if different types or amounts or places would affect the speed it takes to melt. Each group chose one thing that they were going to change (variable), came up with their own equipment list and made predictions before carrying this out. At home, this was tested with chocolate, ice cream, ice cubes and lots more. We were so impressed with what the children came up with!

A massive well done to Poppy (4HC) and Imogen (4JH) for being elected as our School Council representatives!

It's All Ancient Greek To me!

We have been working hard in year 4 again. In Enquiry, we have been looking at how women were treated in Ancient Greece and have been standing on the Pnyx to make speeches. There have been some very convincing arguments for why women should be able to vote. We will be working on writing a script to perform. This is an opportunity for us to show off all of our learning so watch this space!

We have had a great start to year 4. The children have been working really hard and we have been proud of how well they have coped with being back in school after such a long time off. We have are learning about Place Value in maths and will soon be moving onto addition and subtraction.

In English, we have been writing based on a short film called 'Feast'. Your child may have mentioned Mrs C as she has been teaching English through live lessons online. These lessons have been seen by children all around the world. They  began being quite difficult as they were really fast paced but the children are now producing amazing pieces of writing. Some of which have been seen my Mrs C herself and she has been very impressed!